A pub without the knowledge of their past history, origin and culture, is like a tree without roots.

The story began many years ago when Queenscliff’s Palace Hotel was opened at 2 Gellibrand Street in 1879. The Hotel was the first two-storey masonry hotel in Queenscliff, and it featured an accompanying timber observation tower as demonstrated in the original photograph.

The Hotel changed its name to the Esplanade Hotel in 1882 and was regarded as the fishermen’s hotel, undoubtedly due to its adjacency to the low-lying Fishermen’s Flat.

The Hotel has enjoyed several owners over the three centuries and in 2016 changed hands to the current owners and was renamed the Queenscliff Brewhouse.

The new owners are committed to returning the historic building to its glory days including restoring many of the original features with a modern overlay. This includes a significant investment in 2020 to replace the original cantilevered cast iron verandas (replaced by a timber variation in 1969) which offer spectacular views across Queenscliff Harbour. 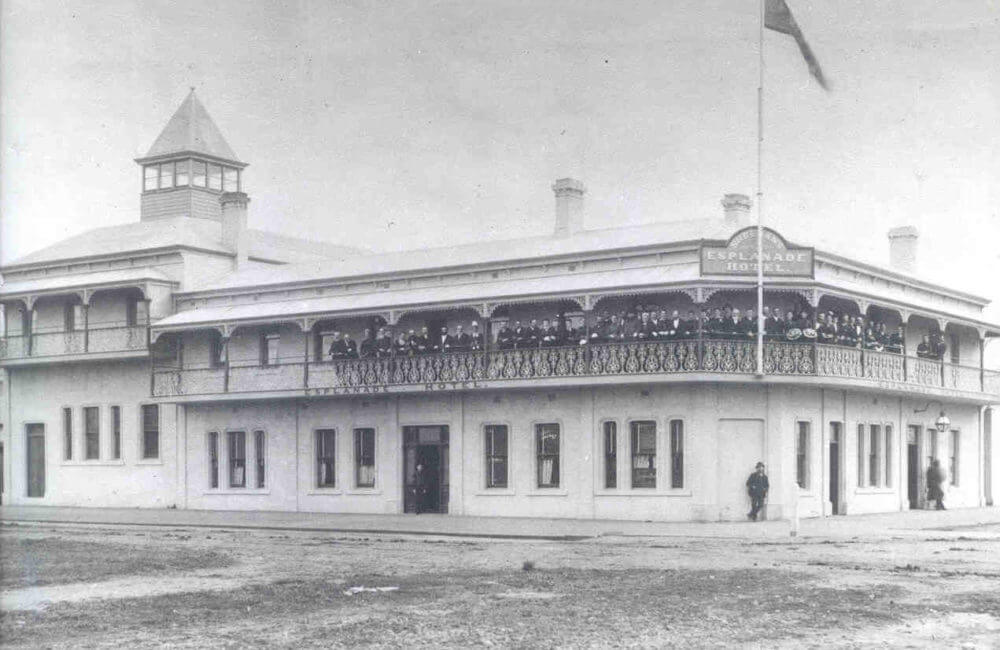 Casey’s hotel was built in Learmonth Street, name change 1862 to Barkly Arms, in 1902 it was known as the Bendigo Hotel, licence lapsed by 1915.

The Australasian hotel also known as Adamson’s was built on the corner of Hesse and Hobson streets, name changed to Adman’s Hotel. The new Grand Hotel was built on the site in 1882 but in 1927 a massive fire destroyed the front of the hotel. It was rebuilt and eventually became the View Grand. Now the Vue Grand. Also, Sutherland Arms opened (location not confirmed) closed in 1862.

The Palace Hotel was built at 2 Gellibrand Street, name changed to the Esplanade in 1882. 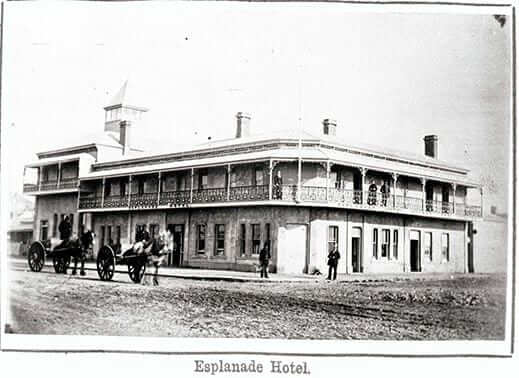 Baillieu House or Hotel was built, name changed to the Ozone in 1887. Now apartments.

The Queenscliff Hotel was built in Gellibrand Street.
1930 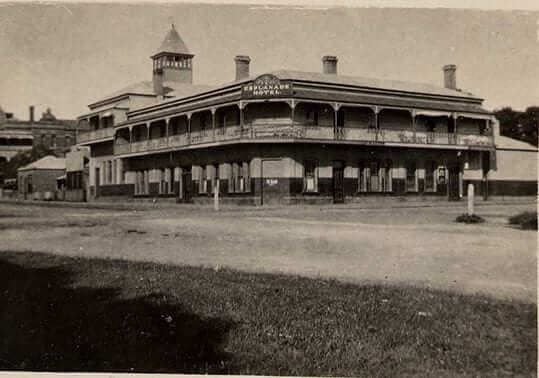 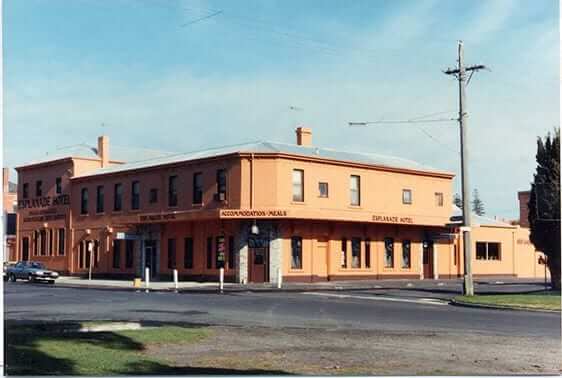 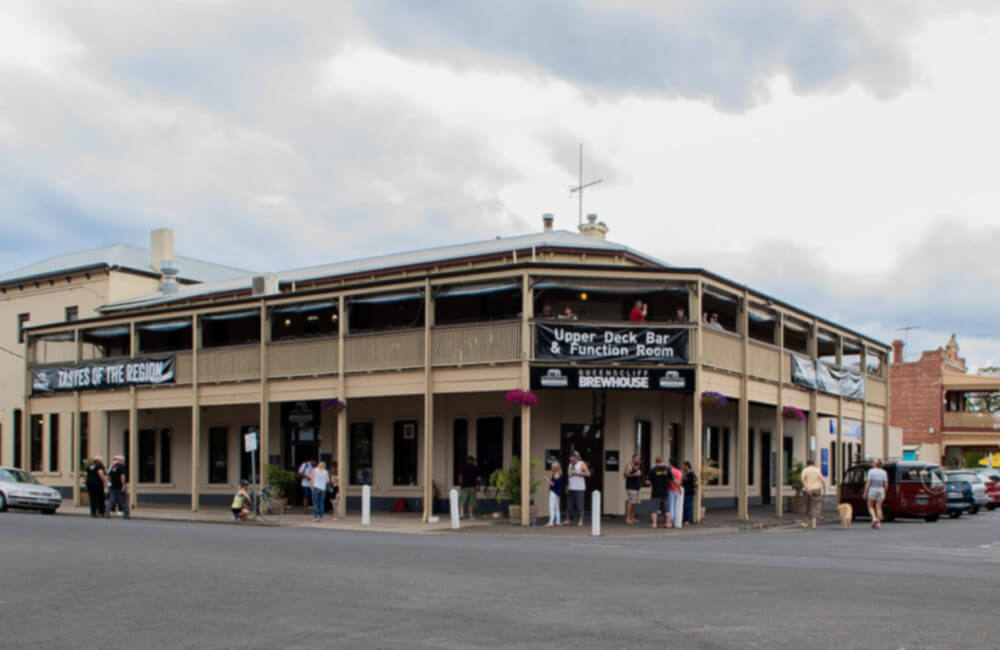 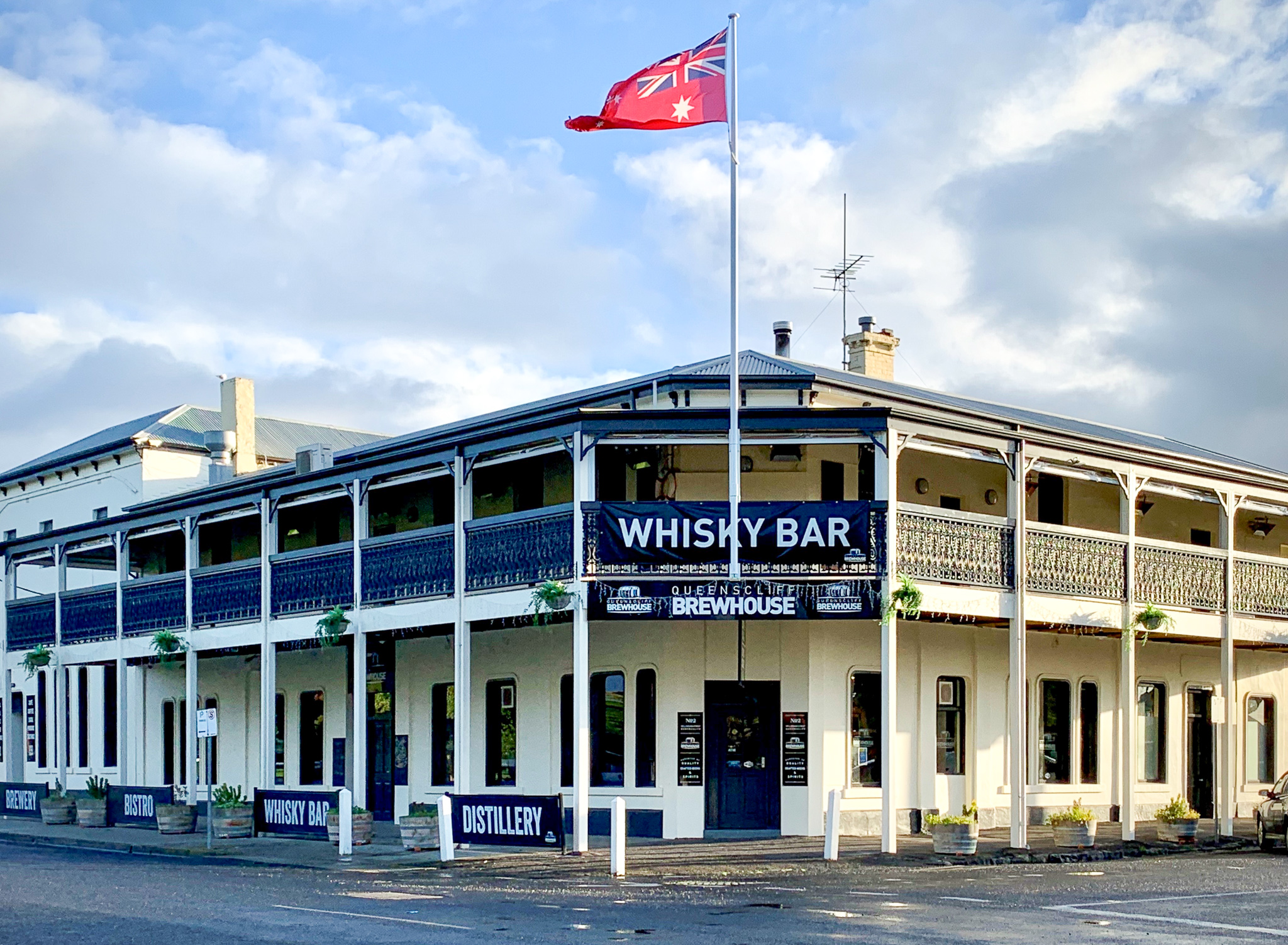 Stay up to date
become a friend of the brewhouse

The Queenscliff Brewhouse is a flavour destination. With an onsite brewery, an onsite distillery, a range of packages from tasting experiences and brew or blend your own, an award winning restaurant, a tasting room and a dog-friendly beer garden, there is something for everyone to enjoy.  We support our local community and Australian Independent breweries and cider makers.